Nearly 20 years ago I visited the Ann Frank house in Amsterdam for the first time. The museum highlighted for me both the best and the worst of humanity, and I was visibly moved. Though I have reflected back on many elements of that house and the visit, there was an exhibit at the end of the tour that has continued to emerge in my consciousness on a regular basis over the years….particularly in recent years.  The exhibit was the interactive Free2Choose instillation. This instillation was in a small room and around the room film clips were displayed which contained images of conflicting rights and freedoms, such as freedom of speech and freedom of religion. After each short film clip people around the room voted on whether they would allow such things or censor/ban/stop them, and the results were immediately displayed. I was amazed at the range of the diversity of opinion that was expressed.  I would look around the room wondering who possibly could have voted differently from me, as I believed freedom of speech trumped almost everything else. I assumed that everyone would believe freedom of speech was an inalienable right, just like me. But, some of the film clips did challenge my “inalienable” stance. Clearly if someone was inciting violence against others, societies need to take a stand. If only life could be so black and white, but our world is made up of shades of grey, contradictions and ambiguities. Indeed, there are limitations to freedom of expression in the UN Convention on Human Rights and the European Convention on Human Rights (see Article 10). The ECHR lists such limitations (e.g. national security, territorial integrity, public safety, prevention of disorder or crime, the protection of health or morals, the protection of the reputation or rights of others, prevention of disclosure of private or confidential information, impartiality of the judiciary). When looking at these acceptable limitations, it’s easy to see why there were such differences of opinion in the Ann Frank Free2Choose instillation. This list is full of competing rights and grey areas.

The reason this instillation has come into my mind so much in recent years is because I am becoming increasingly concerned about the number of areas that seem to be becoming off limits in universities, in academic discourse, or in public debate.  So many things seem to cause offence or insult a person’s sense of self, and if this happens then there are calls for limiting freedom of expression, or worse yet, demonising the person who has dared to question or challenge or say something. There are ideas, values and beliefs that have become sacred cows – to question one of these is to cause offence and bring the wrath of an incensed mob.  One of the confusing things for me is that often the incensed mob is made up of people who, like me, lean way to the liberal side of things.

The other confusing thing for me is that I am fully aware of the power of language to promote and support injustice and oppression. The words we use are important. And yet, I am concerned that the PC police have become overly zealous and punishing of people who are perceived to have used offensive language or express offensive ideas. Yet, I also don’t want to go back to the days when words like poof, queer, pervert were used in the press or to the days when homophobic rants were rife and acceptable (e.g., during Section 28 debates). At the same time, when words/ideas/beliefs that are offensive to me are expressed today, I don’t think the initial reaction should be a call to silence the person making such comments.

In the university sector we’ve seen things like no platforming, the demonising of academics who do research in or write about controversial issues or challenge current thinking, and the cancelling of controversial speakers – often out of a fear of causing offense. I think this diminishes the world and makes it less safe. It also diminishes the educational experience. Some academics I know have pulled back from researching and writing in certain areas because of the abuse they received by those who were offended by their work. This diminishes the world and makes our knowledge base less robust. I want to live in a society where citizens are not wrapped in cotton wool or shielded from controversial and uncomfortable ideas.  Any of our ideas could be seen as offensive and off limits and any one of us could be silenced or punished because of our ideas and beliefs.  In my lifetime advocating gay rights has been seen as offensive, dangerous and subversive. I’ve also been required to swear never to join the communist party in order to get a contract of employment. I thought things were getting better, but if we keep going down the road we seem to be on, we could end up back in some Orwellian,  McCarthy-like world. That frightens me. Let’s be brave enough to be offended and engage, rather than enrage and shut down. 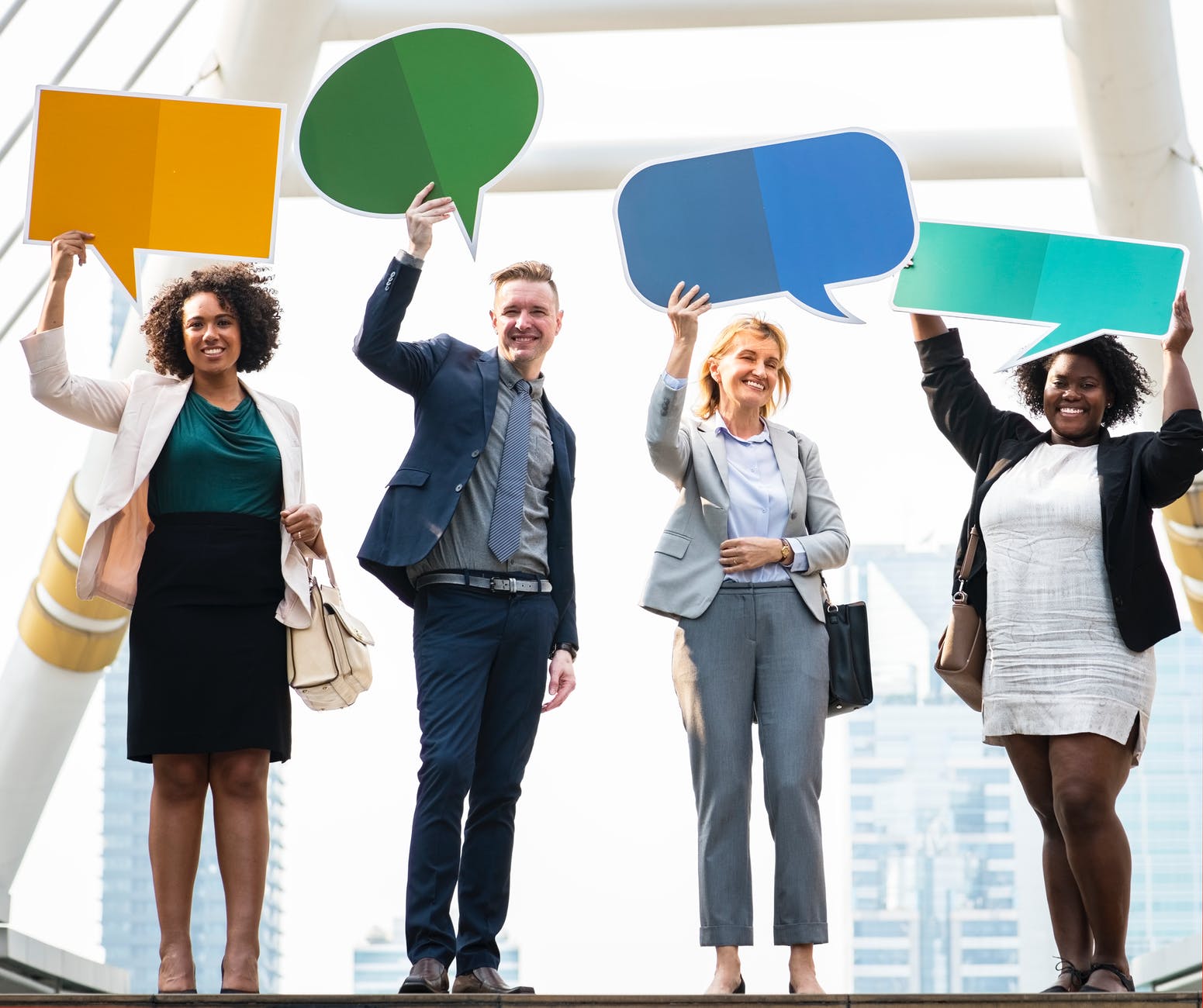 Photo by rawpixel.com on Pexels.com

Note: This blog post was initially made back in 2013. In the relaunch of my blog I decided to keep this on as it is one of my favourite pieces of writing.

I made good ole Suthin Biscuits this morning for breakfast. I haven’t eaten any for years, and it has been even longer since I made any. For all you folks not from the Deep South (and I’m not talking about SE England), Suthin is how to properly say Southern. Biscuits from that fantastic part of the world are not sweet twice baked confections. Rather, they are savoury, fluffy, light and can be served with breakfast, lunch or dinner. They are a truly gorgeous, simple and versatile foodstuff. If Moses had been lost in the pine forest in my home state of Georgia for all those years, I’m sure biscuits would have rained down instead of manna.

I’m not sure what put the notion of biscuits in my head, but as I thought of making them I was transported back to the late 1980s when I was running day programmes for mentally ill older people based on the psychosocial clubhouse model. This is where Miss Mary taught me to make biscuits. I spent this morning thinking back about this client (that’s the term we used back then instead of service user). Miss Mary was the child of slaves and lived through all the Jim Crow laws. Her entire life was marked by extreme racism, sexism and oppressive poverty. She worked at one of the few jobs available to her – as a domestic in someone’s home: low pay, no benefits and no taxes. As an older person she developed a chronic mental illness and was unable to work to support herself. Miss Mary became dependent on the state that had sanctioned oppressive systems that caused her dependency.

Recently Michael Gove attacked social work education again and suggested that university lecturers are teaching idealistic students to blame society rather than teaching them to make people take responsibility for their own actions. Gove’s comments rubbish C. Wright Mills’ concept of private troubles and public issues and the rather large evidence base regarding the negative impact of social inequalities on the lives of individuals. I thought of Gove’s comments while making the biscuits this morning and wondered what Gove would think of the woman who taught me to make them. Would it be wrong to consider that the very difficulties she was experiencing as an older ‘negro’ woman were perhaps caused by the society in which she lived? Would it be wrong to teach students to help Mary while also working to bring about social change?

I also thought of Mary again when reading the article in the Observer this morning about Iain Duncan Smith’s latest cuts . I also thought of the thousands of disabled people I have worked with over my career, who like Mary required support from the state. Many of the disabled people I have worked with have faced a lifetime of oppression, harsh social systems and dehumanising treatment. The messages coming from IDS continue to add to the dehumanising experiences of disabled people. These messages are often couched in terms of savings through individualism, privatisation, and the evils of public services. The messages I hear from the Westminster government suggest that people who are poor, disabled, ill, old and fragile, unemployed, experiencing difficulties in living or facing stressful life conditions are responsible for their own lot in life and therefore need to pull themselves up by their own bootstraps. People who fall into these categories are a drain on society and have little value – people like Mary.

And yet, here I am nearly 30 years later still thinking about and reflecting on what Mary taught me. This women who was a daughter of slaves, poor, ill, disabled, had no economic ‘value’ and was a total drain on society. Yet, she taught me to bake biscuits despite being psychotic, delusional and demented. More importantly she also taught me how to be a better social worker. That second lesson I took with me into all the work I have done since. So in many ways Mary has influenced and touched thousands of people because of what she taught me…..and the biscuits are pretty darn good too!

I think the coalition knows the cost of many things, but the value of little.